Why Black Neighborhoods Continue to Struggle

Twenty years ago, hundreds of Black neighborhoods in major cities were in good shape financially. Even before the pandemic, however, a majority had slipped into poverty. 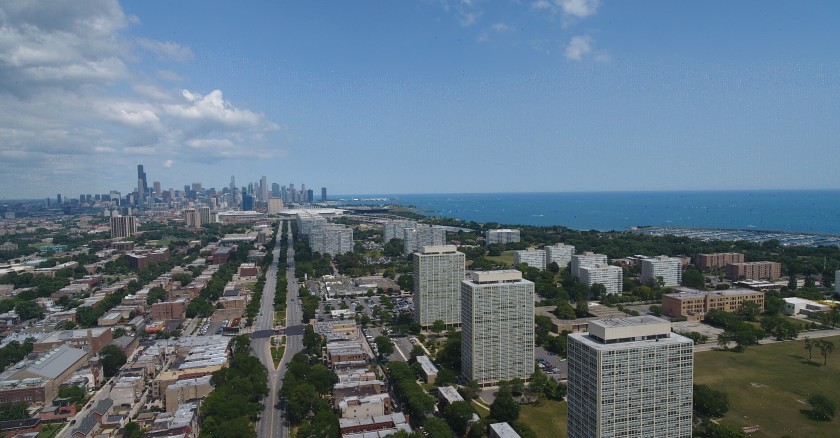 Cleveland had more than 900,000 residents in 1950, but by the year 2000 its population had fallen below 500,000. The city still had some areas of relative strength, however, including a large supply of stable, primarily Black middle-class neighborhoods.

That’s all changed. Over the past 20 years, most of those neighborhoods have fallen into poverty. Back in 2005, 307 families bought homes in Cleveland’s 16 predominantly Black middle-class neighborhoods. By 2018, the number had fallen by three-fourths, with more than half of the 73 home purchases happening in just one neighborhood. Five out of the 16 neighborhoods didn’t attract a single buyer at all.

The lack of home buyers in once-desirable Black neighborhoods has created “a crisis of non-replacement,” says Alan Mallach, a senior fellow at the Center for Community Progress. It also leads, almost inevitably, to a vicious cycle, sending those neighborhoods into further decline. “The more poverty increases, the more the remaining middle-class homeowners are going to leave, and fewer middle-class buyers are going to be coming in,” he says.

Mallach has written a study looking at the fortunes of Black middle-class neighborhoods in six large cities – Baltimore, Chicago, Detroit, Milwaukee and Philadelphia, along with Cleveland. What he found was disturbing.

Mallach examined more than 300 neighborhoods – all with healthy median incomes in 2000 – and found that a large majority had slipped into poverty by 2018. Fortunes improved in only a handful of neighborhoods; gentrification was barely a factor. In nearly all the neighborhoods, homeownership was down, while vacancy and poverty rates were up.

While a great deal of attention has been paid to the struggles of Black Americans, there’s been less focus on the health of the places where they live. Neighborhoods are more than a collection of people, Mallach notes. They represent both fixed assets, such as homes, businesses and schools, as well as less tangible assets such as civic and cultural engagement.

That’s why so-called middle neighborhoods – areas not vibrant enough to attract much private investment, but not impoverished enough to receive direct government intervention – are starting to get more attention. For good, or often for ill, the ZIP codes where people grow up determine their trajectory throughout their entire lives. A widely cited 2017 study of 7 million families found that the neighborhoods where children grow up heavily shape their future earnings, college attendance rates and fertility and marriage patterns.

Fears notes that in her neighborhoods, homes sell for $100 to $110 per square foot, compared to $300 per square foot in Chicago’s white communities. “I’m missing two-thirds,” she says.

Discrimination in real estate, including lending and appraising, has been well-documented. Homes in predominantly Black neighborhoods are undervalued by $156 billion nationwide, according to the Brookings Institution.

Racism is part of the story about the decline of Black neighborhoods, but it’s not the whole story. As Mallach notes, structural racism has been a part of the American story since the first slave ship arrived.

Something new has occurred over the past 20 years to drive once-stable neighborhoods into poverty. If policymakers are serious about addressing equity, they need to figure out those forces.

And they need to do something about them. Reversing the fortunes of neighborhoods facing downward pressures won’t be easy, but it’s a lot cheaper than waiting to address their issues once they’re mired in poverty.

Mallach looked at predominantly Black neighborhoods where median incomes fell between 65 and 125 percent of the national median income. In all six cities, median household income declined in Black middle neighborhoods, in constant dollars, by double-digit percentages between 2000 and 2018 – and by as much as 41 percent in both Cleveland and Detroit.

These neighborhoods have been buffeted by major macroeconomic trends since 2000. Deindustrialization has robbed many Black city-dwellers of once-secure career paths. (Union membership remains higher among Black workers than those belonging to other racial and ethnic groups). Black men continue to suffer the highest rates of unemployment of any racial and gender grouping.

“When those middle-class manufacturing jobs went, that broke the back of the Black middle neighborhood,” says Fears. “Now Black women are the mainstay. They’re paid 62 percent of what Black men make.”

Perversely, high rates of homeownership in middle neighborhoods made them primary targets for predatory lending during the early 2000s. “We shouldn’t take lightly what happens when a neighborhood is specifically targeted,” says Cherelle Parker, majority leader of the Philadelphia City Council. “Subprime lending, reverse mortgages – every tool possible to extract equity out of the communities.”

The Problem of ‘Black Flight’

Parker’s district is made up largely of Black middle neighborhoods. She notes they were aspirational destinations decades ago for people newly able to afford the switch from renting to owning. “People moved on up like the Jeffersons in the 1960s and 1970s,” she says, referring to a 1970s sitcom. “I’m proud to say these parts of my district have the highest homeownership rates in the city overall.”

But Black homeowners these days often want to move to different kinds of places. Many of them are opting to leave cities for the suburbs. The share of Black populations within metropolitan areas living in suburbs rose from 37 percent in 1990 to 51 percent in 2010. Suburbs have only grown more diverse over the past decade. Where white flight contributed mightily to the decline of center cities in the 1960s and 1970s, “Black flight” is a problem today.

Black people are also moving South. The Great Migration to the North during the first half of the 20th century has reversed. The 2010 census was the first in decades to show a majority of Black Americans living in the South. Cities such as Atlanta, Charlotte and Dallas have seen enormous gains in Black population, while northern cities have been hemorrhaging. Since peaking in 1980 at 1.2 million, Chicago’s Black population had shrunk to 800,000 by 2017.

The upshot is that there simply aren’t enough buyers when Black homeowners want to sell. Sometimes they have to settle for a lowball offer from an absentee investor. More often than not, in Mallach’s neighborhoods, they can’t find a buyer at all. In either case, their home may well sit vacant after they move out, dragging down their old neighborhood.

From 2000 to 2018, according to Mallach, homeownership in Cleveland’s Black middle neighborhoods declined by 30 percent, while the vacancy rate rose above 20 percent. The median sales price in 2018 was under $40,000 – less than half of what it had been back in 2005.

The number of homeowners in Black middle neighborhoods, meanwhile, dropped by 6,000 in both Baltimore and Philadelphia. The number dropped by 16,000 in Chicago. In Detroit, it fell by 32,000.

“Heirs are beginning to look at the homes not as an asset but a liability,” says Parker, the Philadelphia council member.

What Are the Solutions?

Since Mallach’s study ended in 2018, he couldn’t take into account the effects of the pandemic and the resulting recession, both of which took their greatest tolls on communities of color.

“Researchers on our team did an analysis of how African American-owned businesses fared in the pandemic,” says David Erickson, senior vice president of the Federal Reserve Bank of New York. “They found that in areas of concentration where there are many Black-owned businesses, there was more financial stress on those businesses, and they were less likely, on average, to receive benefits from the relief efforts.”

Numerous cities have offered help to businesses seeking Paycheck Protection Program (PPP) funds or other federal assistance over the past year – and to make more of them aware of the aid that’s available. The economy is improving, but many policymakers are concerned about how Black and other middle and low-income neighborhoods will fare, once the various foreclosure and eviction moratoria eventually expire.

“When those turn off, what we’re probably going to see is significant foreclosure activity – probably in the same areas you’re defining as middle neighborhoods, where homeownership is weak,” says Denise Scott, executive vice president at the Local Initiatives Support Corporation.

For decades now, local and federal policymakers have concerned themselves with housing, but rarely the shape of entire neighborhoods. That might be starting to change.

A bill in Congress, known as the Restoring Communities Left Behind Act, would create a new competitive grant program to support community-based partnerships addressing housing and the whole gamut of redevelopment. Another bill, known as the Neighborhood Homes Investment Act, would create a tax credit to make developers whole when there is a gap between their costs and the value of homes. Both ideas have been included in broader proposals from President Biden and both have bipartisan support in Congress.

In Philadelphia, Parker has succeeded in getting funding to help middle neighborhood residents rehab their homes. They’re often turned down by private lenders, yet don’t qualify for many government assistance programs. “There has never been an intergovernmental approach to try to sustain or preserve the housing stock in these communities,” she says. “They make a nickel over the income eligibility for programs to improve homes.”

There are other scattered success stories around the country. In Baltimore, a nonprofit called ReBUILD Metro has leveraged $100 million to rehab 500 homes, driving down vacancy rates in two formerly blighted neighborhoods by upward of 75 percent. DeSales Community Development Corp., a St. Louis nonprofit, has helped stabilize a neighborhood known as Fox Park through investment in hundreds of low-income housing units. It’s now a desirable market, with more people coming in to buy and occupy properties on formerly decrepit streets.

“No private developer in their right mind was going to go into that block,” says Thomas Pickel, DeSales’ executive director, referring to the group’s first rehab project. “If anybody was going to get that investment pipeline flowing again, we were going to have to do it and figure out how to do it.”

There’s no single solution that will work for every struggling neighborhood. Few will pursue the exact same formula for sprucing up and marketing areas that are on the cusp between growth and decline.

“With some strategic, smart intervention and investment, they can be stabilized and improved,” Pickel says. “It’s going to be more economical to address neighborhoods at that stage, before you get to the point of massive clearance and redevelopment.”