Most powerful leadHER at NAREB 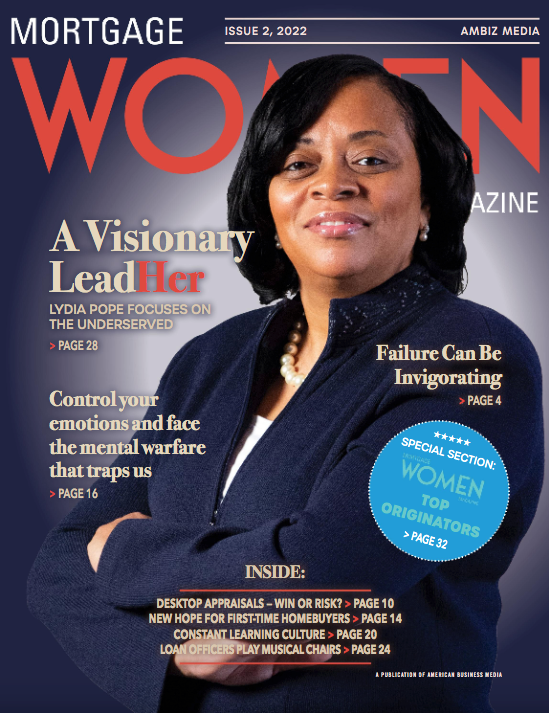 “Your vision will become clear only when you can look into your own heart. Who looks outside, dreams, who looks inside, awakes.” By Carl Jung

When I read this quote, I instantly thought of Lydia Pope because she is an extraordinary visionary paving the way for women and homeownership. Lydia is the national president of NAREB, Broker, Entrepreneur, Influencer, and LeadHER.

NAREB is the National Association of Real Estate Brokers. NAREB is the oldest trade organization to create an equal opportunity and civil rights advocacy for African American real estate professionals, consumers, and communities in America. NAREB was founded in 1947 and embraced all qualified real estate practitioners who are committed to achieving their vision, which is “Democracy in Housing.”

As a lender, one needs to join organizations such as NAREB that support and engage in sustainable homeownership, democracy in housing, and building generational wealth for all. This organization was pivotal in equal rights, fair housing, equal opportunity, and community development at the local, state, and federal levels. NAREB continues to champion African Americans and the underserved communities by promoting educational events, advocacy, homeownership, and leadership development. The mission drew Lydia Pope to the organization since 1998, and she is an active member. 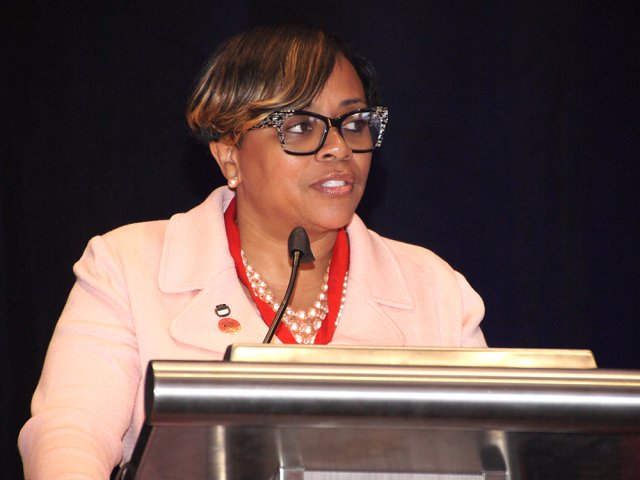 Pope was voted the quietest student growing up in Cleveland, Ohio. Even though she had a calm demeanor, she had an inner calling and mission to make a difference in her community. She is one of 12 children, the second youngest. She received a full academic scholarship to become a broadcaster; that was her goal, but unfortunately, her father fell ill, and she had to care for him as her mother was unable to drive him to his medical treatments. Pope took it upon herself to go to a local college and work two part-time jobs to pay her way through school and assist her family financially.

Pope has a strong work ethic and determination to do what is necessary for her family and goals. She landed in real estate by accident. While in school, she was working part-time at State Farm Insurance, where in the same building, there was a real estate company on the second floor. State Farm downsized, and she was out of a job. Because she had met the broker owner of the real estate company, she went to ask for an appointment the same day she lost her job in insurance.

Because of her determination, Pope landed a job in real estate. She had no clue or experience, but was determined to learn. She enrolled in real estate school and passed her exams. In 1991, she entered her career in real estate and never looked back. She realized real estate was her real passion. Her vision and mission were to help others with the most significant investment in their lives, owning a home. Pope is currently the broker owner of two companies, E & D Realty and Investment Company Inc. TravelWithGirls and New Era Real Estate in Cleveland, Ohio, with over 27 agents in one company and 77 agents in the other. Hard work works. 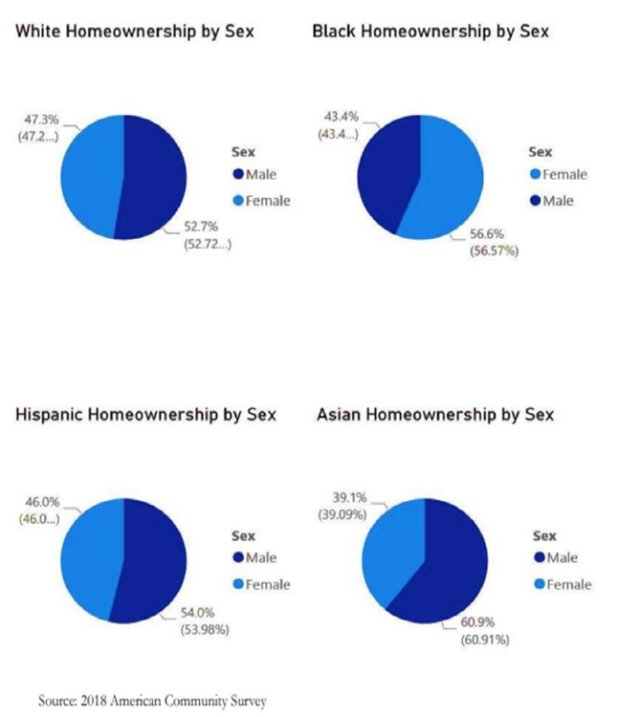 She is the third women president of NAREB. She continues to break barriers by focusing on her vision and looking into her own heart. She focuses on women initiatives called WIRE, (Women In Real Estate). WIRE identified Black women as a high-potential target market group for investing in real estate, pursuing homeownership, and growing careers in real estate. The goal is to increase access to financial information and capital for Black women; increase homeownership and real estate investment for them, and develop affordable housing by and for Black women. (“5 Pillars of NAREB”).

According to the State of Housing in Black America Report, Black women applying alone are emerging as major contributors to recent rise gains in Black homeownership. In 2020, 41% of Black applicants consisted of single women. Thus, creating an opportunity for mortgage professionals to cater to this segment. The numbers speak for themselves. (Carr et al.) Black women are the leaders in homeownership rates.

Lydia set out to make a difference in her community, assisting others with the most significant investment in their lives, buying a home.

Pope attributes women, if they are single black women with a household of children, are looking for shelter, a place to call home, and protecting their children in a safe environment as one reason. Another reason is that Black women are outpacing all segments in education. “Percentage-wise, Black women outpace white women, Latinas, Asian/Pacific Islanders, and Native Americans in this arena as well.” (Katz) That is why Pope is passionate about being a women’s voice in real estate, NAREB, her companies, and her community. She knows the power of homeownership and women.

Lydia Pope, the national president of NAREB, is making an impact in real estate and is on a mission to bring more homeownership for Blacks.

She said, “The traditional way was to be home, take care of the children, and that’s it. But as we begin to grow into a new society and find out that is important when it comes to income base, you are being treated differently because of your gender. Then we go back, and we educate ourselves so that now we have to prove to America that we can get a better education. We can make more money because we got this to substantiate for that.” Pope believes everyone should be a homeowner. 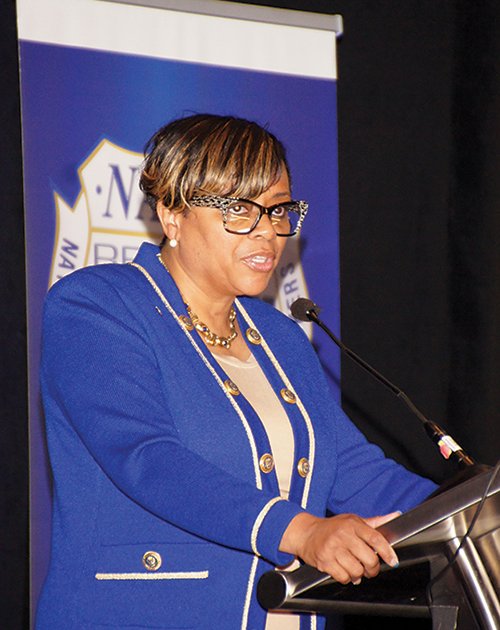 She understands hard work works and balances her career with spending her weekends focused on her family. She makes time for those she loves and opens the doors to her home on Sundays. She said, “We do Sunday dinner every Sunday unless we’re out of town or at a conference. But on Sundays, which is our favorite after church, to cook dinner every Sunday, a big dinner, where everybody comes over. So our house is open to our family and friends.”

At the core, Pope is a visionary leadHER. She set out to make a difference in her community, assisting others with the most significant investment in their lives, buying a home. From helping one client, she transformed that into a career. As her career expanded and grew, she became an active member of NAREB. Furthermore, she raised her business, and in 2006 she took over the real estate company and became CEO after being an employee for 15 years. Her vision became clear when she followed her heart into real estate. She became awake. Nothing has come easy for her, but she had created her path when her vision became clear in the process.