Home > Where Did the Term “Redlining” Originate? 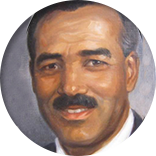 The Home Owners Loan Corporation (HOLC) was established in 1933, in the wake of the Great Depression, with the mission of stabilizing the housing market and protecting homeownership. At that time, the country was experiencing unprecedented rates of foreclosure. Between 1933 and 1935, the HOLC refinanced more that 1 million mortgages on owner-occupied, non-farm residences in the country to the tune of $3 billion.

One of the great contributions of the HOLC was the creation of the low down payment, long-term, fixed-rate, fully-amortizing mortgage. Although the 30-year, fixed-rate loan is the most common type of mortgage in the U. S. housing market today, before the HOLC mortgage had very short terms (five to ten years and were non-amortizing, so that at the end of the five-to ten-year period, borrowers needed to take out a new loan to pay off the remaining principle balance. The HOLC’s innovative mortgage product eliminated much of the volatility of the mortgage market and mortgages, and therefore [made] homeownership less risky for borrowers.

Because it played such a significant role in the mortgage market, the HOLC was very concerned about understanding and assessing the factors that might contribute to mortgage risk, including the risk that properties would decline in value. Such declines would mean that if the borrower defaulted, the home could not be sold at a high enough price to pay off the remaining loan balance. Therefore, the HOLC undertook a survey to assess risk in all cities across the country; virtually all cities with populations of 40,000 persons or greater.

Through this undertaking the HOLC standardized and formalized the appraisal process. Its methodology was not new; rather, it codified the typical private sector practices of the time, which reflected a view of neighborhood dynamics and their impact on property values that was blatantly discriminatory against Black people, immigrants from certain countries, and some religious groups. That view held that the presence of these people contributed to neighborhood deterioration and the decline in property values, and that clear lines of racial and social demarcation were necessary to protect property values in the most desirable areas.

The HOLC appraisal methodology divided neighborhoods into four categories: Best, Still Desirable, Declining, and Hazardous, or A, B, C and D. On the so-called Residential Security maps on which its survey results were recorded, these were color-coded green, blue, yellow and red, respectively. Neighborhoods could be coded red, or “hazardous,

for several reasons, one of which was the presence of Blacks or other “inharmonious” racial or social groups. This is the origin of the term “redlining.”

The HOLC itself made loans in all types of neighborhoods, including some of those neighborhoods coded yellow and red on the residential security maps. It had enormous influence over the practices of private lenders, however, and those lenders were more risk averse. These institutions used the HOLC’s neighborhood classification system to severely constrict the flow of mortgages to neighborhoods with the lowest ratings. Further, its methodology influenced another federal housing agency, the Fair Housing Administration (FHA). Thus, the HOLC set the stage for widespread disinvestment in communities of color and the denial of mortgage credit to the residents of those communities. This in turn, severely constrained the housing choices available to Blacks and other people of color. As noted by Douglas S. Massey and Nancy A. Denton in their book, American Apartheid, “[The HOLC] lent the power, prestige and support of the federal government to the systematic practice of racial discrimination in housing.”

It is known that Latinos are largely segregated from White, non-Hispanic neighborhoods. However, historical housing discrimination specifically against Latinos is not well documented. This may be due in part to the fact that experience varied significantly depending on geographic region and because of the variety of races and national origins that are considered Hispanic or Latino. A range of discriminatory policies and practices did exist and actively separated Latinos from White residential communities. In Los Angeles region, for example, the 1939 HOLC categorization of neighborhoods characterized Mexicans in one neighborhood as “the right mix of social class, occupation, and skin color to “climb the ladder of whiteness.” This neighborhood received a “C rating. On the other hand, in the nearby San Gabriel Valley Wash neighborhood, one assessor referred to the neighborhood as full of “dark-skinned babies” and “peon Mexicans.” It comes as no surprise that the neighborhood was assigned a “D” rating-hazardous

This information was provided by the Inaugural Fair Housing Alliance event on January 25, 2018 at the National Museum African History & Culture Center