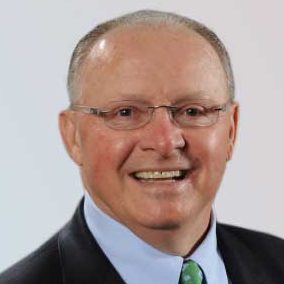 Chairman of the Board & Founder
America’s Homeowner Alliance

Phil Bracken is Chief Policy Officer and Head of Government & Industry Relations for Radian Guaranty, one of the largest Private Mortgage Insurance companies in America.
He is also Chairman and Founder of the America’s Homeowner Alliance – the first advocacy and member benefits alliance for the 75 million existing homeowners (and all future aspiring homeowners) of America.
In addition, for the past 10 years, Mr. Bracken has been Co-Chairman of the Consumer / Lender Roundtable in Washington, DC and is President of the annual Housing Renaissance symposium.

In 2008, Bracken was awarded the “lifetime achievement award” – The Eagle Award - by the National Association of Real Estate Brokers. In 2009, the Mortgage Bankers Association (MBA) of America awarded Bracken their highest honor for lifetime commitment to the lending industry – the Andrew D. Woodward Distinguished Service Award.
Bracken earned a bachelor’s degree in marketing and management from Eastern Illinois University and played professional baseball before his career in housing finance. If you want to make a unique and special proposal or celebrate an anniversary, this is https://proposal007.com/central-park-marriage-proposal-ideas/ the ride for you! Create a moment that will last a lifetime. Book today!