Minority Homeownership Moves Up in Q1 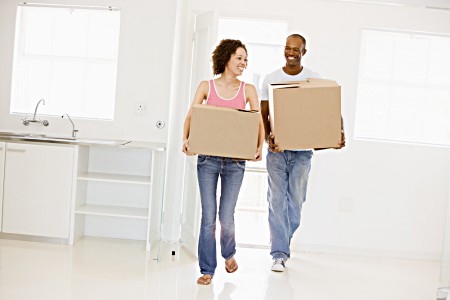 The national homeownership rate didn’t move much off a near 50-year low in the first quarter, but the rates for African Americans and Hispanics have started to tick upward, according to the U.S. Census Bureau.

The homeownership rate for black households, which fell to its lowest level since the Civil Rights era last year, rose by 1.2 percentage points year over year as of first-quarter 2017, to 42.7 percent. The rate for Hispanics rose 1.3 percentage points in the same period, to 46.6 percent, according to Census data.

The overall homeownership rate inched up just 10 basis points over the same period, and stood at 63.6 percent at the end of the first quarter, the U.S. Census Bureau reported.

The African American rate, which has run below all other major ethnic groups, rose a full percentage point quarter over quarter as of first-quarter 2017.

“We are definitely hoping it is progress,” said Ronald Cooper, president of the National Association of Real Estate Brokers (NAREB), an organization founded 70 years ago to promote black homeownership.

“It is going to take a couple of quarters to say it is a trend. We would like to feel that it is a direct result of NAREB’s effort on the regulatory arena and in the black community.”

Despite the uptick, Cooper noted that homeownership levels for all minorities are still near record lows.

“Homeownership right now, for all America, is lower than it has been since the late ‘60s,” Cooper told Scotsman Guide News. “Like I say, it is the number one basis for low- and moderate-income and middle-class Americans to build wealth. The government really should be doing more to promote middle America.”

Housing analysts rarely try to put a number on what constitutes a healthy homeownership rate. The figure is influenced by several factors, including age demographics and population; however, advocates do point to a disturbingly wide gap between the white homeownership rate, and the black and Hispanic rates.

The homeownership rate for whites declined 30 basis points year over year as of first-quarter 2017, to 71.8 percent, according to the U.S. Census data, but remains 29.1 and 25.2 percentage points above the black and Hispanic rates, respectively

Boosting minority homeownership is considered a key to rebuilding wealth in minority communities that suffered disproportionately during the subprime mortgage crisis and the housing crash. NAREB has set as a goal to add two million black homeowners within five years.

“Hispanics are beginning to age into homeownership,” she told Scotsman Guide News. “At a median age of 28, the demographic is much younger. If you couple that with the fact that [Hispanics] place high value on homeownership, and they have increasing means to purchase a home, then it is kind of a perfect nexus.”

Advocates said minorities often have more trouble qualifying for a mortgage. The housing market also has low inventories of homes for sale. These are the two biggest obstacles right now to boosting homeownership among minorities, according to advocates.

“It is becoming harder and harder to find homes that are available at affordable prices,” Calderon said. “So, inventory shortages are a concern and access to credit is another barrier.”