More recently, research associates Lauri Goodman and Jun Zhu reported that, while the overall number of new homeowners will increase by 6.9 million from 2020 to 2040 and that nearly all of that increase will come from households of color, the way these demographics will look by state will vary widely. Goodman and Zhu expand on the January study, breaking down their data into three sets of state-level rankings, they say, “to show what homeownership will look like in the future and the implications it could have for the housing market.”

The overall number of new homeowners will increase by 6.9 million from 2020 to 2040, “with significant variation across states,” they reported.

As for homeowners of color, a demographic that will dominate the overall growth rate (especially Hispanic buyers, as previously reported), the authors ranked the 10 states with the highest homeowner-household increase among people of color.

They found that Texas, again at the top, will experience an increase of more than 1.5 million homeowners of color. They report that 67% of the increase will come from Hispanic households, 19% from Asian and other households, and 14% from Black households (“other” households include American Indians, Alaska Natives, Native Hawaiians, other Pacific Islanders, and multiracial people). 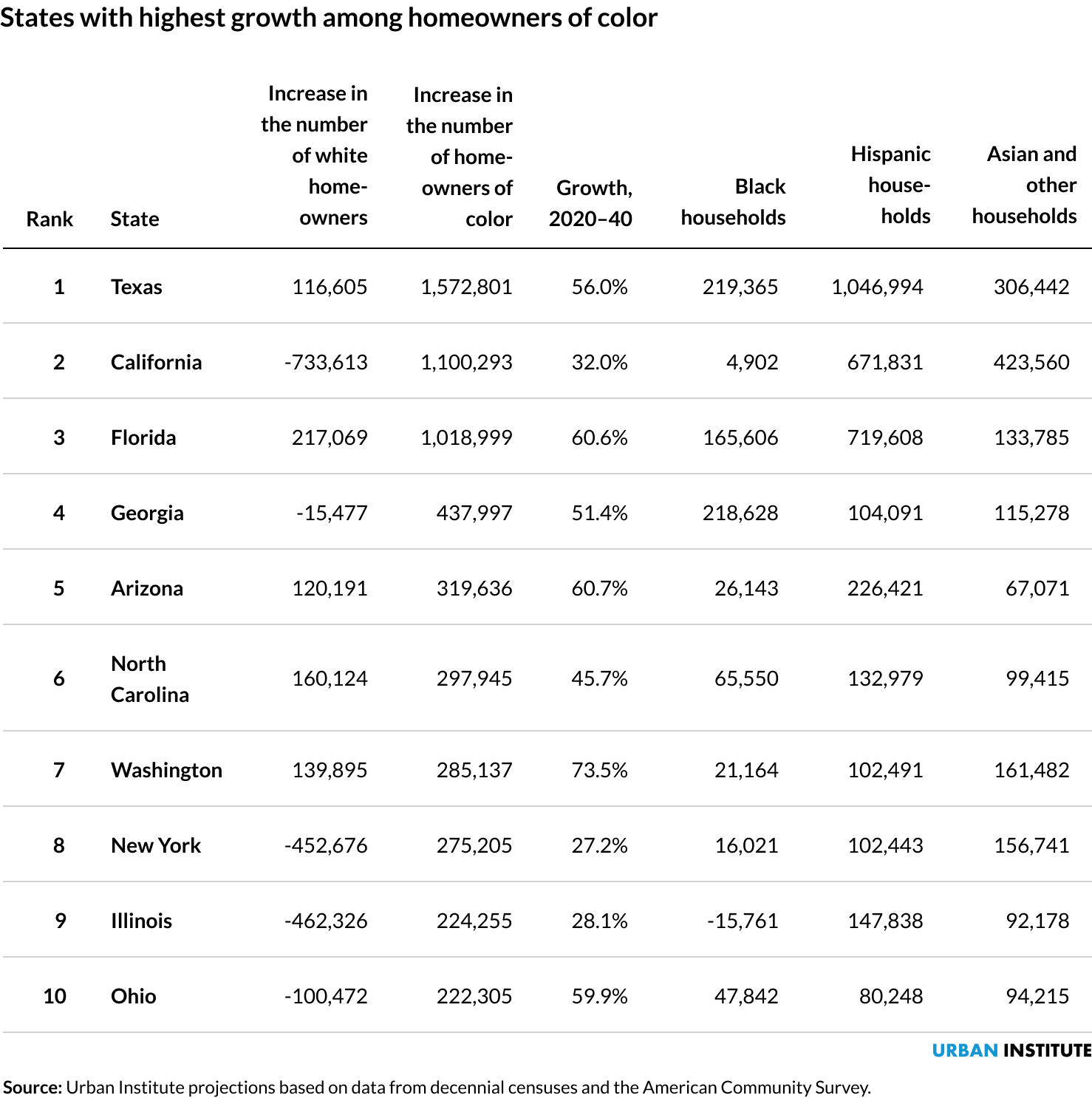 What this breakdown means for housing nationwide, say Goodman and Zhu, is that a one-size-fits-all policymaking approach is not the best solution.

“As federal and state policymakers tackle housing supply, affordability, ownership, and equity, they will need to remember that each state has a different starting point, factors, and trends.”

Finally, the researchers touched on the lack of inventory, especially affordable housing, and suggested Urban Institute’s state-level fact sheets, which provide detailed information about future household formation and homeownership trends, are “a great starting point” when it comes to addressing the shortage now and in the future.

“Though all states will show considerable growth in the number of homeowners of color, suggesting the need for more affordable housing, states with large increases in the total number of homeowners will face particularly acute housing supply shortages,” they concluded. “Those states will need to ensure zoning, permitting, and land-use processing will enable sufficient affordable housing production to meet the forthcoming demand.”