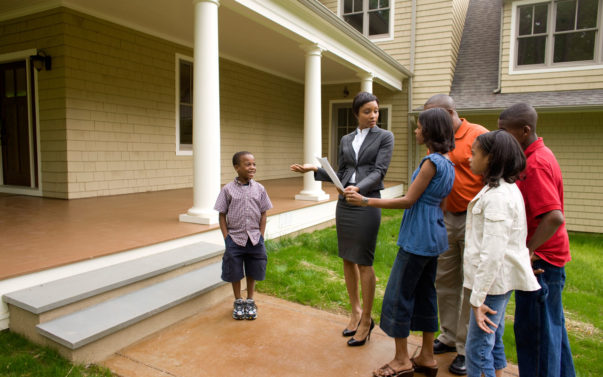 Although gains should have been made over the past generation, homeownership remains out of reach for many African-Americans

The dream of owning a home has been an elusive one for African-Americans in recent years, according to new research that shows a trend that could affect the overall economic health of the Black community.

The rates of homeownership for African-Americans have been dropping since 2000 and are now below their 1970 level, data compiled by the Urban Institute shows, according to CBS News. The organization cited a homeownership rate for White households at 71.5 percent in 2015, a dip from 72.9 in 2000. But for Black households 47.3 percent were homeowners in 2000 and that number was down to 41.2 percent in 2015.
“The black community has just been hit really, really hard,” Goodman told CBS News. “The irony is homeownership is the best way to build wealth by far. What worries me is that we’re in a self-perpetuating cycle.”

The housing crisis has been blamed for its particularly bad effect on the Black community. In their data, the Urban Institute showed that in the 30 years after the passage of the Fair Housing Act of 1968, Black homeownership went up by six percentage points. But it was erased between 2000 and 2015 as circumstances inside and outside the housing market removed those gains.
But also, gaps in income earning can also be blamed. There has been a widening gap between Blacks and Whites since 1979, information from the Economic Policy Institute says, making it tougher to save for a downpayment on a home.

There is also a generational factor at play, the Urban Institute says. Statistics from a post to its website in February illustrate:
The decline in homeownership has been most marked for younger members of the black community. The homeownership rate for black 35- to 44-year-olds fell from 45 percent in 1990 to 33 percent in 2015, half the level for whites of the same age and lower than the black homeownership rate in 1960.

Homeownership also fell from 1990 to 2015 for whites, Hispanics, and others in that same age group, but not by nearly as much as for black people. Among 55- to 64-year-olds, black homeownership fell 8.1 percent, while homeownership for white and Hispanic households of the same age fell 3.7 and 2.1 percent, respectively.

“I see the difference between me and my kids,” Goodman told CBS News. “My son said to me last year, ‘Mom, I’m 34, I have a kid on the way, and I own my own home. Where were you at 34?’ I said, “I had owned a home for 10 years and, by the way, you were eight.”
Becoming a homeowner at an older age means less years to build the equity one would have from owning a home earlier in life, she said. But she added that boosting the rate among all racial categories and ages would be helped by governmental policy changes like increasing the housing supply and better availability for credit.

“We’re taking half the credit risk we were taking in 2001,” Goodman said. “There should be greater tolerance to allow people to become owners.”