REFLECTIONS on the passage of the Fair Housing Act of 1968 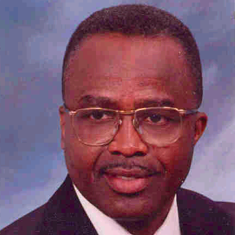 How has the passage of the Fair Housing Act in 1968 advanced homeownership opportunities for Black Americans?

From my perspective, there has been some improvement in homeownership opportunities for Black Americans since the passage of the Fair Housing Act in 1968. However, while both federal and state fair housing laws have been enacted for 50 years or more, there still appears to be largely a de facto, segregated environment in which Black families live primarily in predominantly Black neighborhoods many of which were once redlined.

The negative consequences of such are still apparent although more Black families have now obtained homes in integrated suburbs or gentrified urban communities in addition to some upscale Black communities. Yet, the lingering impact of discriminatory patterns is well documented by evidence that following the passage of the federal Fair Housing Act, many majority brokers and agents found means to discriminate against Blacks and other minorities seeking to purchase homes without appearing to do so. They routinely steered whites to segregated white neighborhoods and Blacks and others to communities with large minority populations or that were undergoing racial transition. And while the enforcement of fair housing through civil and criminal penalties have curtailed much of this practice today, it has had profound consequences that have not only effectively subdued the intent and spirit of the fair housing act, but also have negatively impacted Blacks’ access to fair lending and other economic opportunities.

Racially defined homogeneous neighborhoods have been created that in some instances limit many Black families’ access to good school districts and employment opportunities in predominately white areas where there has been substantial development, economic growth, and networks that provide job opportunities. Moreover, it has been shown that there was an intentional and systematic disinvestment in predominately Black communities on the part of financial institutions. This appears to have contributed to ongoing segregation in housing and a concentration of deteriorated housing and poverty in many predominately Black urban neighborhoods. This has had devastating consequences for wealth accumulation among Black families. In fact, while homeownership has historically been the primary source for wealth accumulation among Blacks, today the percentage of Black homeowners is about the same as it was immediately following the passage of the Fair Housing Act, i.e., approximately 42 percent compared to about 70 percent for whites. As a result, Black families have not on average been able to create wealth through real estate holdings or other asset investments to the extent that whites have, and especially though homeownership.

What has been NAREB’s role in creating those opportunities for Black Americans to increase wealth?

From its very beginning, NAREB’s role has been to be an advocate for creating Democracy in Housing and homeownership for Black Americans and other underserved communities, and for crafting economic opportunities for its members and the communities it serves. By working in partnership with HUD, Fannie Mae, Freddie Mac, local, regional and national lenders, other governmental, private and not-for-profit agencies, NAREB has been and continues to be the single organization in this country whose primary objective is to address the disparities and inequities in the homeownership gap between Black Americans, whites and other ethnic groups.

The challenges for obtaining fair housing opportunities and wealth accumulation in the Black community today remain as great as they were prior to the passage of the Fair Housing Act, notwithstanding the fact that Blacks are more educated and have penetrated more private and public sector employment opportunities than was the case in 1968. Moreover, in today’s political and economic climate, there appears to be a concentrated effort to turn back the gains that have been made. Much to the gains that had been made between 1968 and 2007, in fact were decimated by the great recession of 2008 which impacted Black homeownership and wealth especially hard. Much of Black wealth was literally destroyed during that debacle. As such, the need for NAREB’s leadership in addressing and finding solutions for Blacks and other communities devastated by this event and other systemic problems that are impediments to increasing wealth among Black Americans remain as critical now as it was when the organization was founded in 1947.