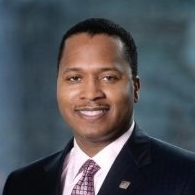 Anthony joined SunTrust Mortgage in September 2015 and brings over 25 years of sales, sales leadership, and recruiting with progressive responsibilities in the mortgage banking and financial services industries. Prior to joining SunTrust, Anthony served as SVP/Head of Mortgage Division at Fifth Third Bank – Georgia, and prior to that SVP/Head of Mortgage Division at Fifth Third Bank- Eastern Michigan. He has held leadership roles in the mortgage industry at several banking organizations. In his current role he’s responsible for strategically growing various customer segments, Inclusive Lending, and creating innovative solutions and strategies to insure STM is meeting the credit needs of the communities we serve, CRA.

He believes the key to your success is “PERSERVERANCE… The Difference Between A Successful Person And Others Is Not A Lack Of Strength, Not A Lack Of Knowledge, But Rather In A Lack Of Will.” Ils s'en foutent si ces ventes en même temps que Cialis sont à un nuance performance ou bien supposé que Bob Dole approuve le Viagra (citrate de sildénafil https://www.bleuepil.com/viagra-contre-indications.html le Viagra) ils négatif veulent lequel à elles érection, quoi qu'il arrive.

Anthony graduated from the University of Detroit Mercy in 1990. He’s a graduate of the Michigan Military Academy, and a former 2nd Lieutenant in the Army National Guard. He enjoys spending time with family and friends, and traveling.