Home > Blog > A.I. Could Be The New Play To Increase Minority Homeownership

A.I. Could Be The New Play To Increase Minority Homeownership

Artificial Intelligence and its inherent bias may not be as judgmental as previously thought, at least in the case of home loans. It appears the use of algorithms for online mortgage lending can reduce discrimination against certain groups, including minorities, according to a recent study from the National Bureau of Economic Research. This could end up becoming the main tool in closing the racial wealth gap, especially as banks start using AI for lending decisions. 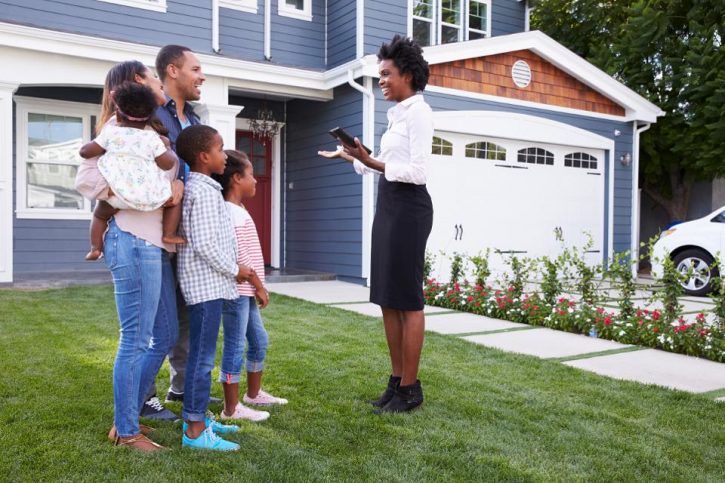 The Breakdown You Need to Know: The study found that in person mortgage lenders typically reject minority applicants at a rate 6% higher than those with comparable economic backgrounds. However, when the application was online and involved an algorithm to make the decision, the acceptance and rejection rates were the same. Even with AI helping minority borrowers get approval online, they’re still paying more under algorithmic lending. In 2017, $2.25 trillion of the $13 trillion of outstanding household debt in the U.S. was associated with minority households.

CultureBanx simply stated, what makes AI based lending much more altruistic when it comes to home loans is that they don’t want to leave any money behind. The study’s researchers noted that “if lenders were to discriminate in the accept/reject decision, it would imply that money is left on the table. …(s)uch unprofitable discrimination must reflect a human bias by loan officers.”

Banking on A.I: If we look at banks they have argued in the past that they’re in a bind when staring down potentially conflicting government mandates to reduce balance sheet risk, while not discriminating against any one demographic group. As financial institutions dive further into deep learning technology, Bank of America and Capital One have AI researchers working on how to make the opaque technology transparent enough for wider use like mortgage lending.

There are laws in place like the Equal Credit Opportunity Act, which state banks have to prove they’re not discriminating based on traits like gender or race. “We want to understand how the decision is made, so that we can stand behind it and say that we’re not disfavoring someone,” said Hari Gopalkrishnan, client-facing platforms technology executive at Bank of America during its tech summit last year.

Wealth Gap Algorithms: Disparities in homeownership rates are cited as the leading cause in the racial wealth gap. There are several studies which indicate the median white family holds more than ten times the wealth of the median African American family. McKinsey projected that closing the racial wealth gap could net the U.S. economy between $1.1 trillion and $1.5 trillion by 2028.

The U.S. Census bureau reported that Black homeownership dropped to its lowest level at 40% and has been steadily declining since its 2004 peak. It is possible that AI could help reverse this trend as researchers calculate that, from 2009 to 2015, 0.74 to 1.3 million minority applicants were rejected, who would have been accepted were it not for discrimination by loan officers.

There are online mortgage platforms like Better.com that cited a five-fold increase in Hispanic and African American borrowers between the ages of 30 and 40 on its platform over the last year.

On the opposite end of the spectrum, a Zillow report found that AI platforms taking over bank lending decisions could put black family wealth further behind, which is in direct contrast to the National Bureau of Economic Research findings. In 2016, 20.9% of black borrowers and 15.5% of Hispanic borrowers were rejected for a loan, along with 8.1% of white applicants and 10.4% of Asian applicants, according to Zillow’s report.

The growing use of algorithms in financial services can produce results that are positive, negative or simply unpredictable. It’s important to note that 45% of the country’s largest mortgage lenders now offer online or app-based loan origination, as FinTech looks to play a major role in reducing bias in the home lending market.