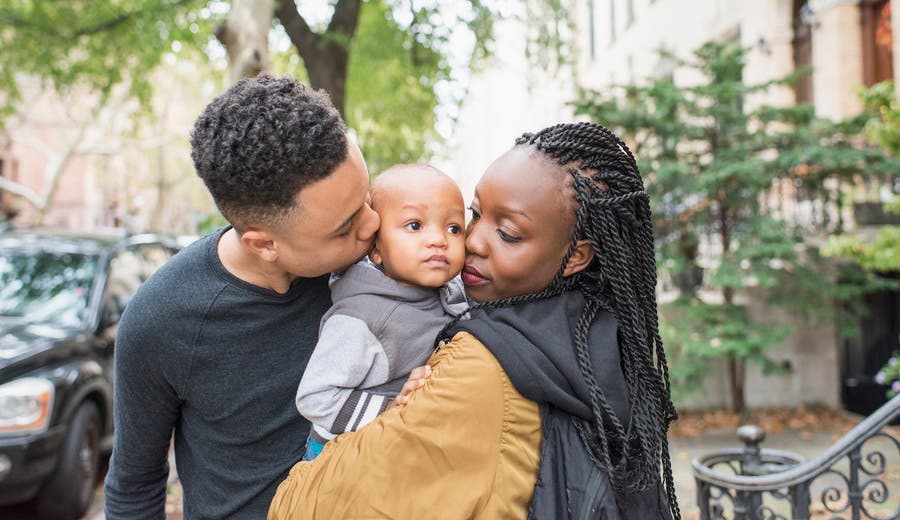 African-American homeowners pay hundreds of dollars more per year in mortgage interest and mortgage insurance premiums than White homeowners, a “Black tax” on homeownership that intensifies the nation’s wealth gap.

In a report issued this month, Golding and his co-authors examined inequities in the U.S. housing market and calculated the costs to Black borrowers. Citing data from two federal sources — the Home Mortgage Disclosure Act and the American Housing Survey — they say Black borrowers had an average interest rate of 4.62 percent in 2017, compared with 4.30 percent for White borrowers.

While 62 percent of White homeowners pay mortgage insurance, fully 88 percent of Black homeowners must buy the coverage. Golding, a former head of the Federal Housing Administration, says that extra cost equates to $550 a year.

Many African-American homeowners have FHA mortgages, a type of loan with looser requirements for down payments and credit scores but that come with pricey mortgage insurance premiums.

Golding also reports that Black homeowners pay more in property taxes, to the tune of $390 a year on average.

While a few hundred dollars here and there might not seem like a big deal, they add up over time, Golding says. In all, a Black borrower pays an average of $13,464 in extra costs over the life of a loan, money that can’t be directed to things like emergency savings or retirement accounts.

“These inequities make it impossible for black households to build housing wealth at the same rate as White households,” Golding and his co-authors write.

The racial gap in the U.S. housing market is a wide one. Just 47 percent of African-Americans owned homes as of the second quarter of 2020, compared with 76 percent of Whites, according to the U.S. Census Bureau.

In another sign of the enduring divide, Black mortgage applicants are twice as likely to be rejected as White borrowers, according to a report issued Tuesday by the National Association of Real Estate Brokers, a group of African-American real estate professionals.

“The bias in our markets is not a bug but a feature,” the 2020 State of Housing in Black America report says. “They were built that way and intended to operate in a discriminatory fashion. They will continue to do so until we make structural, systemic, and cultural changes.”

An end to ‘risk-based pricing’?

Both Golding and Donnell Williams, head of the National Association of Real Estate Brokers, point to a potentially contentious solution to the Black tax. They call for reining in “risk-based pricing,” the process by which lenders set rates based on borrowers’ odds of default.

Golding says it’s overkill. “We do too much risk-based pricing,” he says.

For instance, he says, Black borrowers have been disproportionately shut out of the recent refinancing boom. That’s because African-Americans have lost their jobs at a higher rate than White workers. Black unemployment was 12.1 percent in September, compared with 7 percent for White Americans.

Golding’s solution? For refinances where the borrower isn’t taking cash out, lenders shouldn’t verify employment. “For rate and term refis, there should be no re-underwriting of employment and income,” Golding says.

It’s unclear that regulators and lenders would embrace that suggestion. Skeptics say giving the same deal to borrowers regardless of their risk is akin to auto insurers charging the same rate to one motorist with an unblemished driving record and another with a DUI.

But Golding and Williams says policy changes are needed to narrow the stubborn gaps in homeownership and wealth. Black families often lack the intergenerational wealth that allows parents and grandparents to pitch in with a down payment.

“We don’t have enough money for a 20 percent down payment,” Williams says.

That means Black borrowers must pay for private mortgage insurance, or PMI, a costly addition that can derail a would-be buyer’s dream of homeownership. Williams recently worked with a buyer who faced that situation.

“Once that PMI calculation came out, the payment went up another $250, and he was out of the game,” Williams says.

What you can do: Overcoming the wealth gap

True, there’s not much an individual buyer can do to fight systemic inequities. But there are ways for borrowers to tilt the mortgage game in their favor. Four strategies: