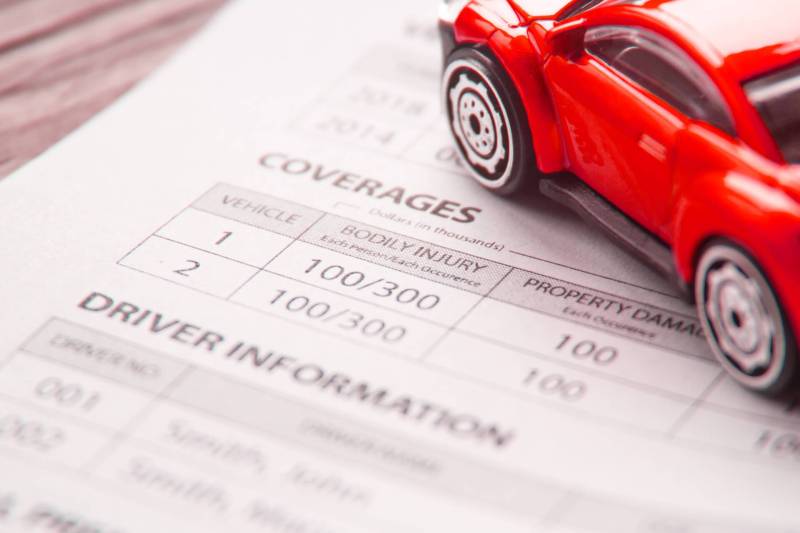 The Black Lives Matter movement is spurring the American auto-insurance industry to acknowledge its decades-long discrimination against Black drivers — a long overdue reckoning for an industry that also subsidizes road carnage.

”Cities and towns with majority Black residents experience among the highest quote prices compared to cities of any other racial makeup, regardless of how clean their driving record is,” the report states. “A driver with a clean record living in a majority-Black neighborhood pays almost 20 percent more for car insurance on average than a driver living in a majority-White neighborhood who has prior driving offenses.”

As the report tells it, the industry practices a form of “redlining,” the long-illegal practice in which banks used to deny or charge more for loans to homeowners in Black areas — although it doesn’t use the term: “A similar pattern holds for homeownership and credit score, with a 13-percent increase in car insurance costs for homeowners in Black neighborhoods compared renters in White ones and a 24-percent increase for car owners with excellent credit in Black neighborhoods compared to poor credit in White neighborhoods,” the report says.

The report, “Insuring the American Driver: Trends in Costs and Coverage,” from virtual insurance agent and trend-tracker Insurify, follows a number of legislative and institutional developments aimed at undoing racist insurance practices.

“We have to start to acknowledge that we’ve allowed systems in this country to decimate the earnings and lives of those least able to afford it or speak out for themselves,” said one sponsor, Rep. Bonnie Watson Coleman (D-N.J.). “Car insurance practices are part of the problem — it’s an absolutely necessity for most American families, and many of them are being charged higher rates for unfair, undisclosed, and unproven reasons.” 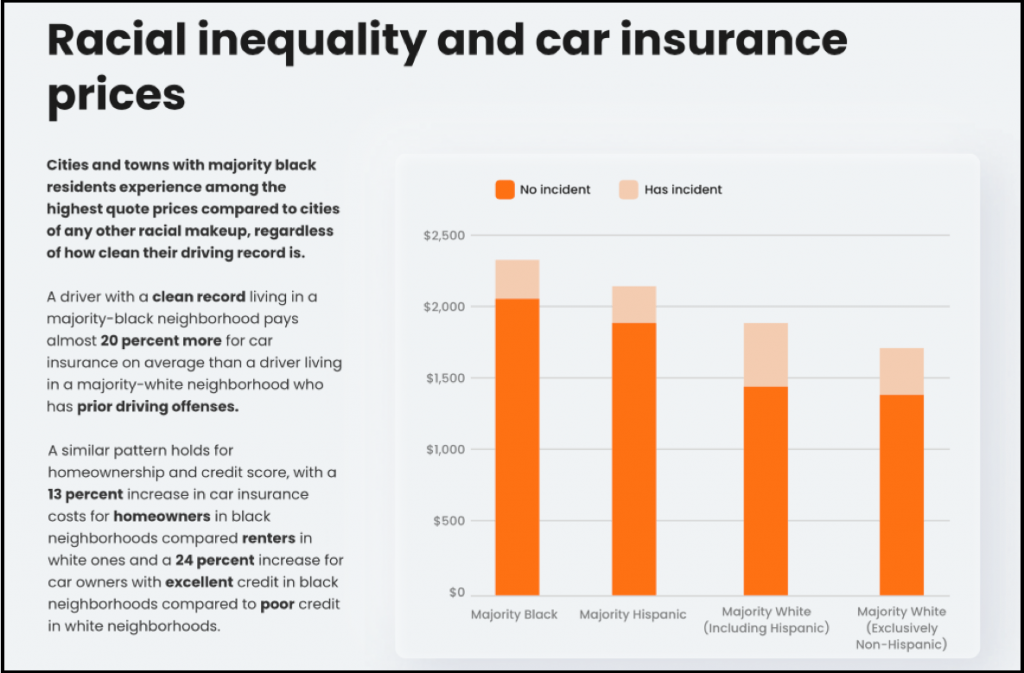 In July, the National Association of Insurance Commissioners — which brings together the nation’s chief insurance regulators — announced that it was establishing a committee to address practices that promote racially discriminatory outcomes.

“The needless deaths of Ahmaud Arbery, Breonna Taylor and George Floyd have led to a movement on racial equality, that we cannot ignore,” Ray Farmer, the NAIC president, said at a special session on race and insurance in August.

Of course, civil-rights groups such as the NAACP have fought discrimination in the insurance industry — and in auto insurance in particular — for decades. Investigative reports also have exposed the auto-insurance industry’s racist practices for years. But, as Farmer’s remarks indicate, it took the political pressure of the widespread protests of this summer to goad the industry into action.

“While auto-insurance providers don’t use race as a factor to set rates, other socioeconomic factors that insurers use to determine premiums, like lower credit scores and renting instead of owning a home, may differ in majority-Black and majority-White neighborhoods due to historically discriminatory practices like redlining,” she said. “These price disparities may be unintentional, but they are nonetheless structural. Insurance companies’ machine-learning algorithms … have worked to exacerbate, not democratize, racial disparities in insurance quoting.”

But the industry understands that it must address its structural racism, she noted.

“The NAIC announced that it would attempt to listen and learn more in the future, and outlined a plan to rectify the identified issues, including the regulation of big data’s influence on rates, consumer education, and increasing minority participation in the insurance industry,” Saxer-Taulbee said. “The conversation on racism in the insurance industry has been brought to the public’s attention, and insurance companies are looking to move forward in this age of corporate responsibility.

“That said,” she added, “it is still too early to know what substantive changes may result.”