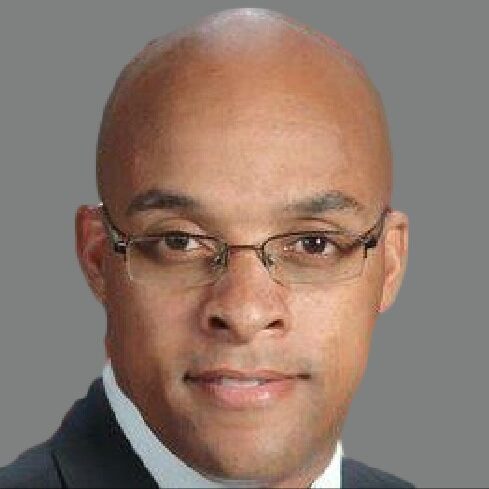 Antoine Thompson | National Executive Director
Name
Antoine Thompson
About / Bio
Antoine Maurice Thompson is a native of Buffalo, New York. He graduated from Buffalo Public Schools #61, #60, and Bennett High School. A graduate of SUNY Brockport with a dual bachelors’ degree in History and African and Afro-American Studies, Thompson also studied at the University of Ghana in Ghana, West Africa. Antoine is the recipient of an Honorary Doctorate of Laws Degree from Medaille College. He is a graduate of the 2001 Class of Leadership Buffalo.

A staunch advocate for the people and small business, Antoine began his career in public service as a Legislative Assistant for the Buffalo Common Council Central Staff. There he conducted legislative research and presented recommendations for Affirmative Action policies and minority business development. He was later appointed Executive Director of the Office of Urban Initiatives, Inc. (OUI) an economic development corporation focused on minority and women-owned business development and various urban policy issues.

On January 4, 2001, Antoine was unanimously appointed to the Buffalo Common Council representing the Masten District. He served on the Common Council for 5 years. His varying leadership positions included serving as the Chair of the Civil Service Committee, Chair of the Community Development Committee, The Chair of the Committees on Education and the Chair on the Committee on Minority and Women Business Enterprise. Antoine’s work resulted in the passage of Buffalo’s Inclusion Law, which provides minority & women-owned businesses with 30% of the work on all construction projects. He also served on Buffalo’s Empire Zone Board, the Buffalo Economic Renaissance Corporation, the Joint School Construction Board ($1 Billion project) and the Buffalo and Erie County Workforce Investment Board.

Additionally, Thompson authored the Buffalo’s Fair Housing Law and secured over $75 million for community development projects such as the wading pool in Dr. Martin Luther King, Jr. Park, the Frank E. Merriweather, Jr. Library and the restoration of 60 Hedley Place, a 19th century farmhouse linked to the Underground Railroad. Antoine was the first major public figure to publicly endorse and promote the idea of bringing the Buffalo Bills Stadium to downtown Buffalo. Additionally, he is credited with initiating the founding of the Stop the Violence Coalition and he led the fight to restart the city’s dismantled homicide unit.

Antoine served as one of the New York State Senators representing Buffalo for four years. During his first term in office the he pushed for release of $32 million in funding for the Safe Routes to School Initiative, a program aimed at improving traffic safety measures and enforcement while reducing congestion, fuel consumption and air pollution in the vicinity of schools.

Thompson was re-elected to the NY Senate in 2008 and quickly assumed additional leadership responsibilities as the Senate’s Deputy Majority Whip, Chair of the Senate Standing Committee on Environmental Conservation and Co-Chair of the Senate’s Minority and Women Business Enterprise (MWBE) Taskforce. As the Chair of the Committee on Environmental Conservation, he was responsible for the oversight of the Department of Environmental Conversation, partial capital funding to the New York State Department of Parks, Recreation and Historic Places, the Environmental Facilities Corporation and number of other state agencies with combined budgets topping $700 million per year. Antoine continues to be highly regarded for getting results on small business, job development, and environment related issues.

Antoine also helped secure capital funding that allowed more than ten Buffalo Public Schools to complete stages four and five of reconstruction and helped start a state-wide anti-violence program entitled, S.N.U.G., securing over $300,000 for funding for Buffalo and WNY. During his tenure in office more than $200 million in funding from New York State was allocated to his district for job training and small business initiatives, housing development, and improvements to parks, roads, and cultural facilities.

In December of 2012, Antoine was appointed Executive Director of the Buffalo Employment & Training Center (BETC), the second-largest publicly run employment and training center (one stop center) in New York State, serving youth, adults and dislocated workers. As executive director Antoine managed a staff of over 25 people and assisted with the collaboration of more than 40 organizations, companies and institutions seeking to place youth and adults in employment training and jobs. His bottom-up strategy of leadership and his aggressive approach to client and customer outreach increased the number of companies utilizing BETC and the success of job seekers. During Thompson’s tenure at the BETC, Steps To Achieve, an ex-offender program was created, a Youth Advisory Committee and Placement Advisory Committee was established and the number of companies utilizing BETC to recruit job seekers increased more than 400 percent.

Antoine encouraged staff development training to improve morale, performance and risk-management. Whether it was how to deal with problem customers, an active shooter in the building, or sending staff to Myers Briggs training, he understood that staff development improves the quality of service delivered to customers and clients. Thompson also implemented the “Employee of the Quarter,” wherein staff nominated a co-worker for doing a great job.

In April 2015 Antoine M. Thompson became the Executive Director of the National Association of Real Estate Brokers (NAREB) the largest organization of African-American real estate professionals in the United States. Thompson is committed to growing NAREB’s advocacy and member across the country. Antoine is a staunch champion of fair-housing and community re-investment by local and national financial institutions.

Throughout his career, Antoine has received various awards, which include the NYS Solar Industries Association Legislator of the Year, the NYS Environmental Advocates the Legislator of the Year Award, the WNY Climate Action Coalition Leadership Award, Buffalo Audubon Society Government Award For Leadership and Conservation, Citizen Action of New York- Progressive Leadership Award, the Black Chamber of Commerce Business Advocate Award and the Buffalo Branch NAACP – Medgar Evers Civil Rights Award. Antoine was a delegate to the 2004 Democratic Convention. Thompson was a member of the Electoral College for NYS in 2004. He is a graduate of the Leadership Buffalo Class of 2001. In 2019, he was ranked on the Swanepoel Power 200 as one of the Most Influential Leaders in the Real Estate Industry in the U.S.

Antoine is the owner and founder of Next Level 21, and a partner in Creative PMO Solutions. He is also a licensed real estate agent in New York State. Antoine is a member of First Baptist Church of Glenarden and the father of Deja L. and Joseph A. Thompson.
Email
antoine.thompson@nareb.com