In speeches, Rushern Baker makes his case for the governor’s mansion 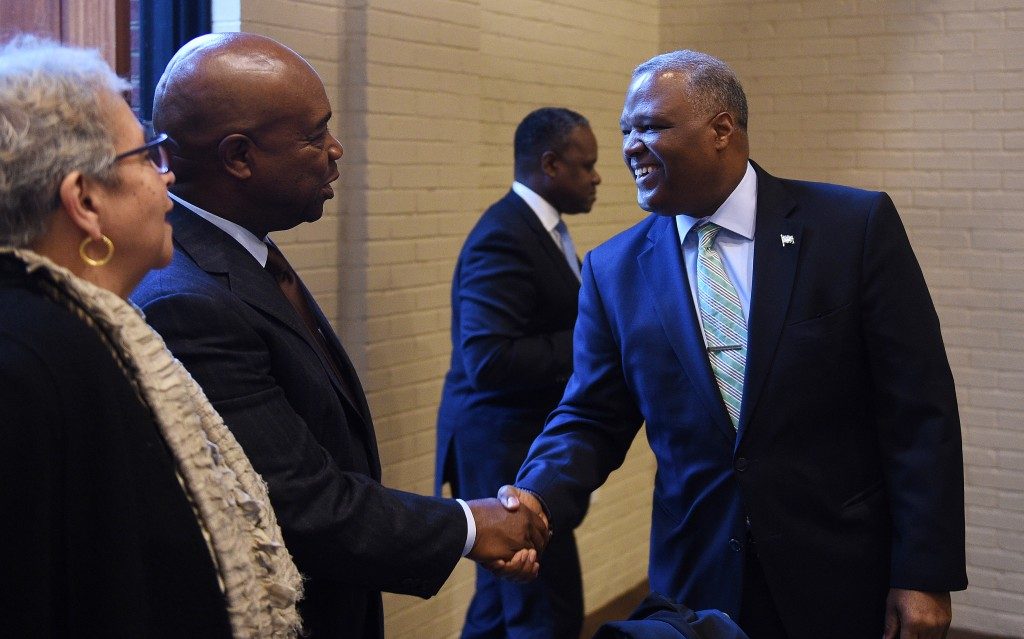 The Prince George’s of 2010 was nothing like the county it is today, County Executive Rushern L. Baker III likes to tell people.

When the Democrat came to Upper Marlboro, his predecessor had been arrested, thousands of residents were losing their jobs and property values had plummeted, the result of a recession that had hit Prince George’s especially hard.

School performance was among the worst in the state. And there was a homicide reported every day of Baker’s first two weeks in office.

“So I take over and I start thinking, and my son says, ‘I don’t know if you should ask for a recount or not,’ ” Baker, 58, quipped to the National Association of Real Estate Brokers on Friday, one of a series of speeches he is making as he contemplates a run to challenge Republican Gov. Larry Hogan.

But he plunged in, and now he’s touting his record to anyone who will listen in the run-up to what could be a crowded Democratic primary.

Today in Prince George’s, Baker tells his audiences, there’s a glamorous new casino, crime is at its lowest level in decades, businesses are investing billions in projects and housing prices are nearing pre-recession levels. Graduation rates are up, some government operations have been streamlined and Baker’s ethics reforms have kept his branch of government, at least, scandal-free.

His tale of a county rising from the ashes is mostly accurate, economists say, though the county is still far from being on par with its regional neighbors.

And it remains to be seen whether Baker’s story will propel him past other likely Democratic candidates — including Baltimore County Executive Kevin Kamenetz, state Sen. Richard S. Madaleno Jr. (Montgomery) and former NAACP president Benjamin Jealous — or fuel a serious challenge to Hogan, who has vastly more name recognition and campaign funds.