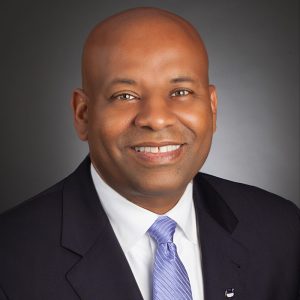 Owning a home has long been seen as “the American Dream,” but African Americans have historically shared in that dream at much lower rates than whites.

And when things went bad in the housing market, blacks suffered disproportionately, according to analysis of government data by housing firm Trulia.

Between 2004 and 2016, the rate of ownership among black households nationally fell from 49.7 percent to 42.2 percent, according to Trulia. That 7.7 point fall compares to a drop of 4.0 percentage points for white homeownership.

The Hispanic rate was down 2.1 percentage points.

In metro Atlanta, 48.1 percent of blacks are homeowners, compared to 63.5 percent of all households, Trulia said.

Nationally, black homeownership is at 42.7 percent, compared to 71.8 percent for whites, according to the National Association of Real Estate Brokers, which held its 70th anniversary convention this week.

The housing bubble took the overall home ownership rate to an unprecedented high: 70 percent of adult households. The bust that followed sent millions into foreclosure and uncounted other households voluntarily abandoned ownership to become renters.

A home is the largest asset and is especially key for minorities, who are less likely to have stocks and other investments.

NAREB was formed with a focus on fair housing. Hicks is the past president of the Empire Board of REALTISTS, the association’s Atlanta chapter.

He is a broker at Apollo Associates Realty. 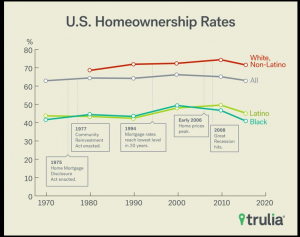 AJC Business reporter Michael E. Kanell keeps you updated on the latest news about jobs, housing and consumer issues in metro Atlanta and beyond. You’ll find more on myAJC.com, including these stories:

In other Business news: