Dispiriting. Disgusting. Disorienting. However one chooses to frame the events sparked by George Floyd’s killing at the hands of the Minneapolis police on May 25, the underlying cause is clear: America’s racial divide, a ragged, gaping, self-inflicted wound that has been allowed to fester for centuries, has poisoned the country. 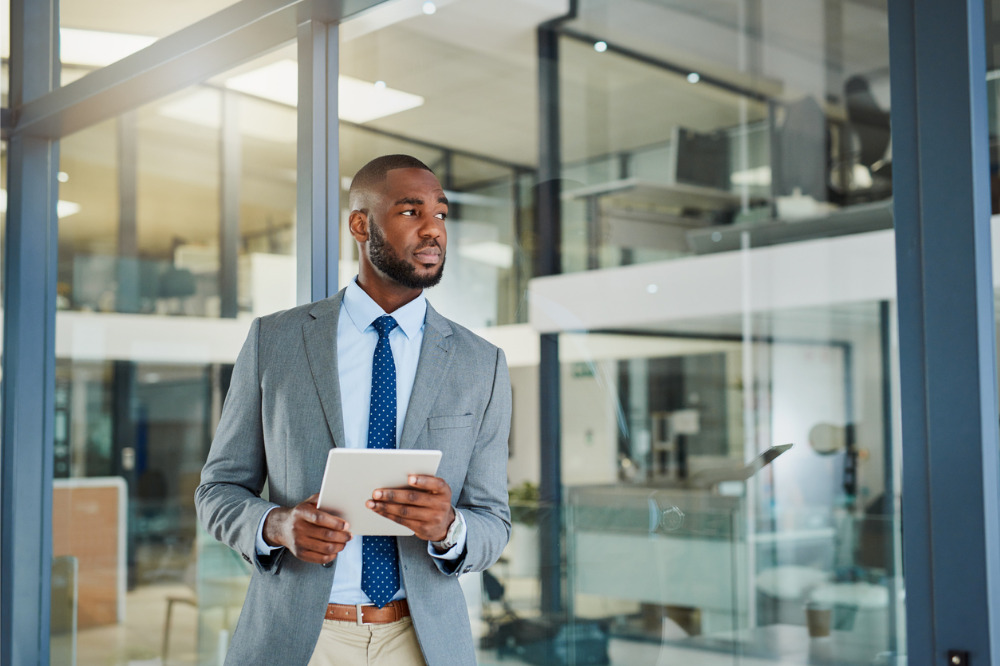 At a time when medical professionals the world over are coming together and sharing resources to develop a vaccine for COVID-19, Americans can’t even come together to ensure people of color can receive decent schooling or not get murdered by the police. For the supposed leader of the free world, it’s a failure that’s as colossal as it is sad and ironic; a failure that is, by this point, taken for granted by the rest of the planet.

It’s clear that America’s racial problems are not going to be solved by its elected leaders. And they’re certainly not going to be solved on Facebook or Twitter, two companies that have made billions by pumping the internet full of racist bile and then licking their chops while the data rolls in. It’s going to take a grassroots, ground-up approach that forces people to have tough discussions and constructive interactions with the people closest to them – neighbors, friends, their professional colleagues.

Two people using that strategy to bring more diversity to the mortgage space are WFG Lender Services’s vice-president of national business development, Monique Winston, who also heads the Cleveland Realtist Association, and Tony Thompson, founder and CEO of the National Association of Minority Mortgage Bankers of America. MPA spoke to Winston and Thompson on Tuesday about what organizations can do to not only ensure a diverse workforce, but to provide opportunities for young people of color to enter an industry many of them have had little exposure to or positive experience with.

Rather than filter their thoughts through the mind of a white writer, MPA’s discussion with Winston and Thompson has been transcribed below, with some editing for length and clarity.

Mortgage Professional America: Monique, Tony, could you first talk a little bit about the organizations you represent?

Monique Winston, WFG Lender Services/Cleveland Realtist Association: I’m president of the Cleveland Realtist Association, the local chapter of the National Association of Real Estate Brokers. It was started back in 1947. At that time, it was a whole different climate – maybe – and there was a need to have an organization, not just from a standpoint of making sure minorities were represented in the real estate profession – which was critical, because at that time if you were African-American you could not be a part of NAR – but also from a homebuying perspective because we were dealing with redlining, overt discrimination, all those kinds of things.

I’ve had organizations reach out, very, very recently – and these are major financial institutions – and they said they need a diverse talent pool within their organization and a list of candidates to build from. They’ll say, ‘Monique, how do we get there? Do we go and do education within the high schools? Do we go to local colleges and community colleges? Do we go into the community centres?’ So we do all of that advocacy.

Tony Thompson, founder/CEO National Association of Minority Mortgage Bankers of America: NAAMBA as an organization is focused on two things: providing training, education and professional advice for women and minorities who are currently in the industry, and introducing and connecting college students and high school students to careers in the industry and providing them with financial literacy education.

When you look at the current state of the industry, primarily on the loan origination side, the average loan originator is a 53-year old white male. Every CEO in the mortgage industry has stated that we need more younger people, we need more diversity, but there was a lack of a vehicle to connect to the next generation and those who are currently in the industry.

MPA: Why do women and minorities require that dedicated training you mentioned? What does that training consist of?

TT: There has to be a recognition that a young Latino male or female will have different challenges than a white male or female in our industry. A young Indian or ethnic Indonesian person may have greater challenges or unique needs among their community that, from a diversity perspective, is important to recognize and acknowledge. What we’ve found, overall, is that when you talk about training and education, particularly with women or minorities, there has to be a recognition that they need a different support mechanism in terms of how they connect, the training they are provided as well as how you reach out to them to offer their services to the community in terms of originating mortgages.

MPA: How valuable is diversity to the success of a mortgage business?

TT: Diversity is a great thing for companies that don’t have it or want more of it, and if used appropriately, it can be a competitive advantage by allowing you to connect with people in your market place that you currently don’t connect with, thus making your business more successful, thus impacting and touching more people from a homeownership perspective as well.

MW: What companies realize is that diversity isn’t just the right thing to do. It’s the only option in terms of making sure you’re able to reach those communities. It makes good, basic business sense. This world is going to look totally different ten years from now, so in order to reach those consumers you have to make sure they see themselves in your organization.

And diversity’s just ‘having the party’. Once you get these people into your organization, how do you make sure they’re included? I think you have a real recognition of that by some of the financial institutions who are saying ‘We need your help.’

MPA: A lot of companies are making moves to illustrate their diversity now that the world is watching to see where they stand on race in America. Do you find that the companies reaching out to you are genuine in their desire to diversify their work forces, or is it just PR?

MW: What I articulate very clearly is, if you are truly desiring a diverse atmosphere, then I’m your girl. If you’re looking to look like you are, then I’m not your person. What I’m concerned about is, is that aspect for real? There have been those occasions where it’s more of a check-the-box mentality than an earnest desire to make a change.

MPA: Can you suss out that insincerity?

MW: The proof is always in the pudding. Initially, it all sounds good, but you’ll know who the real sincere players are by their actions. If you’ve set specific goals and you’re five years into your plan and you’ve had no change whatsoever, it won’t take long for those things to come to light.

MPA: What are some specific race-related issues affecting your particular spaces in the industry? Are there any potential solutions?

On a national level, NAREB has something called 2Mn5, where it’s our goal to get two million black homeowners within the next five years. That’s something I’m particularly passionate about because it changes generations.

TT: Our goal at NAMMBA is to help make sure we can educate mortgage professionals to go out and create great experiences for the consumer so we can also have sustainable homeownership. Because putting people in homes is one thing, but making sure we help people stay in homes is also just as important to building a community.

Our focus is on helping individuals in this industry understand how to be a better practitioner, a better advocate and a better professional, while also realizing that the only way to change the homeownership rate is going to be an intentional focus over a sustained period of time. Just as it took the United States almost a decade to recover from the Great Recession, it is going to take us a decade to begin to change how diversity looks in this industry.

MPA: How would you rate the current level of diversity across the industry?

TT: When you look at the operations or servicing side, historically you’ve seen more minority and people of color own operations. What most people don’t know, is that single, African American females make up a large portion of employees on the operations side. The goal is how do you help those population groups grow and elevate their career?

MW: When we go into high schools, we take an appraiser, we take a title person with us, we take a real estate agent, we take a home inspector – all of these different facets of the real estate industry. You would be absolutely amazed at how many have never even heard of these as possible career options. That’s the next generation. If they’re not even exposed to these potential career opportunities, how are they going to take advantage of them?

We’re very intentional in going into high schools and saying, ‘Consider this.’ And when you think about it, how many of the careers that I just named may be careers they don’t have to go to a four-year institution for?

You have to be intentional. You have to be. That’s one thing Tony and I don’t shy away from, saying ‘We’re targeting this particular population,’ because we know there’s a need.

Readers wanting to support NAMMBA in its efforts are encouraged to donate to its #studentchallenge program, which will provide skills, tools and other resources to 50,000 young Americans entering the U.S. workforce.