Home > Consolidated Board of Realtists 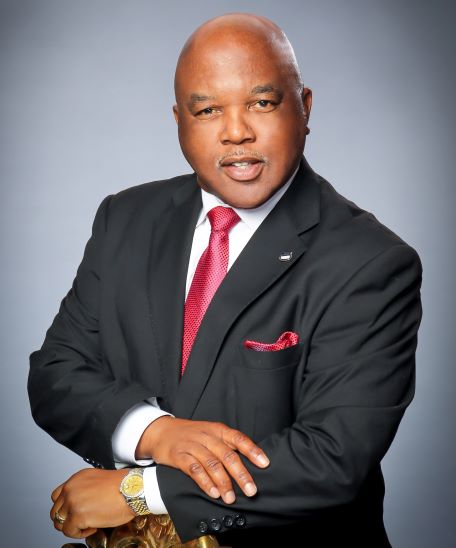 Stanley E. Jackson Consolidated Board of Realtists
Stanley E. Jackson is a devoted husband, and proud father of two beautiful and talented daughters. Stan was born South Central Los Angeles, and raised in a loving household by parents who have been married for over 60 years. Stan is the product of a caring and independent parents who stressed education, independence and hard work. After graduating from Centennial High School in Compton, CA in 1978, Stan attended Cal State University Fullerton, majoring in Communications. Shortly before graduating, Stan landed a well-paying position in the aerospace industry and left school.

After the experience of working in an unstable aerospace industry, Stan followed the recommendation of his late younger brother Victor, who was a real estate developer, to try his hand in real estate. Stan immediately realized he had found his niche. He obtained a real estate license and worked with various mortgage companies.

Soon Stan’s entrepreneurial spirit led him to establish his own mortgage company which he successfully managed until the mortgage crisis of 2007, at which point he took a position with Bank of America as a MLO, and returned to school to complete his degree. Shortly afterwards, armed with years of knowledge and experience in all facets of the real estate industry, he opened Movon Inc., a full service real estate and mortgage company located in Inglewood, CA. Stan is a member of several local chamber of commerce organizations, has served on the board of directors for the California Association of Real Estate Brokers, and currently serves as a Regional Vice President. Stan has worked on several National Association of Real Estate (N.A.R.E.B.) Conference committees, has served as 1st & 2nd Vice President of the Consolidated Board of Realtists, and currently serves as the President. Stan is a man whose interests are not limited to his professional career, and he is as passionate about his community as he is his family.

He was a mentor for years at the Charles Drew Saturday Science Academy, is active in the Compton and Los Angeles political scene, and has been a mentor and advocate in the greater Los Angeles Recovery Community for over thirty years. He is a faithful member of his church and is fervent about the fight against injustice in housing. Of all his accomplishments and achievements, his greatest source of pride is being the proud father of two remarkable daughters, and his loving wife, Sonya of 21 years. Stan still considers being a husband and father as his primary purpose, and the crowning achievement of his life.