After Confusion Over Lump Sum Payments, Homeowners Finally Get Clarification On Mortgage Forbearance 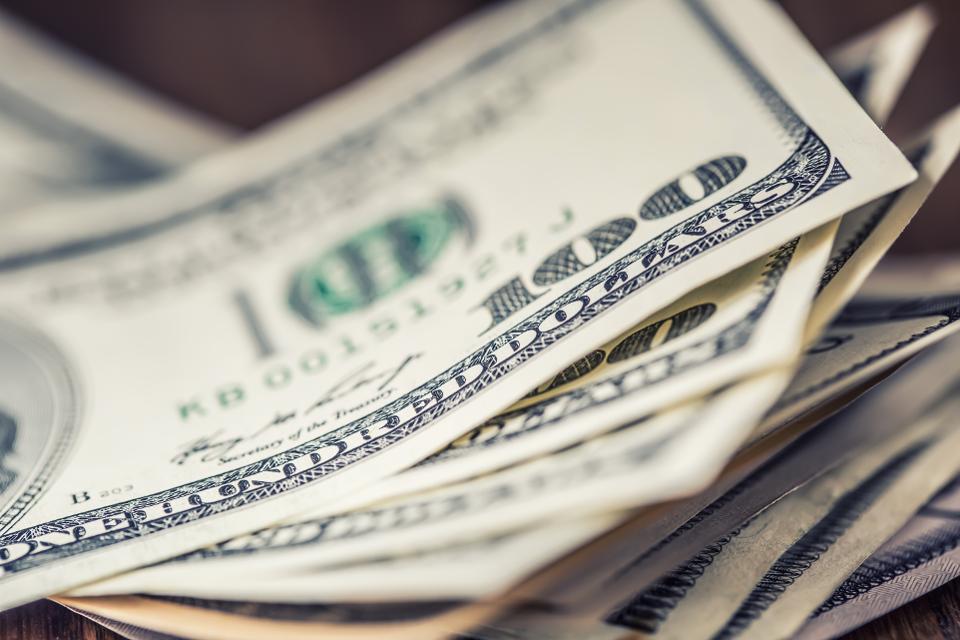 On Monday morning, Michelle Contri called her lender to inquire about mortgage forbearance after hearing New Jersey Governor Phil Murphy call on lenders to add any suspended monthly obligations to the end of the loan’s life instead of requiring lump sum repayments.

US Bank, though, told her that is not possible, Contri says. So, she tweeted the governor.

Also this morning, the Federal Housing Finance Agency announced that servicers of mortgages backed by Freddie Mac and Fannie Mae should not require lump sum repayments once the forbearance period ends.

“During this national health emergency, no one should be worried about losing their home,” said FHFA Director Mark Calabria. “No lump sum is required at the end of a borrower’s forbearance plan for Enterprise-backed mortgages. … While today’s statement only covers Fannie Mae and Freddie Mac mortgages, I encourage all mortgage lenders to adopt a similar approach.”

Freddie Mac CEO David Brickman and Fannie Mae CEO Hugh Frater released their separate statements reinforcing the message, which comes after several weeks of misinformation and malpractice by some lenders of home loans secured by the two government-sponsored enterprises.

A slew of servicers have only offered three months of forbearance followed by lump sum repayments, prompting borrowers to decry the terms on social media. What lenders have often left out of their communications with customers is that if they continue to experience coronavirus-related hardship they can extend the forbearance period for up to a whole year, but in three- or six-month increments. At the end of each forbearance term, lenders must work with customers to either continue payment suspension or establish a repayment plan.

When I called Contri, who is the president of M-Con Engineering, she had not yet heard of the FHFA announcement. She said she had asked her lender for forbearance but was unsure about the terms of repayment.

Contri says, “If [my lender] is telling me that Freddie Mac said, [forborne amounts cannot be added to the end of the mortgage] and they’re actually saying, ‘yes,’ then I might just call [the bank] back and just tell them that they’re wrong and they need to accommodate as per Freddie Mac’s statement.”

As outlined by the FHFA, some of the repayment options include:

The clarification on lump sum repayments garnered quick praise on social media, a break from the criticism that the mortgage forbearance program, instituted through the CARES Act, has received. Mortgage industry experts have claimed that it strains lenders, who initially had to advance payments to investors as well as cover insurance and property taxes, while borrowers and consumer groups have said it does not go far enough. 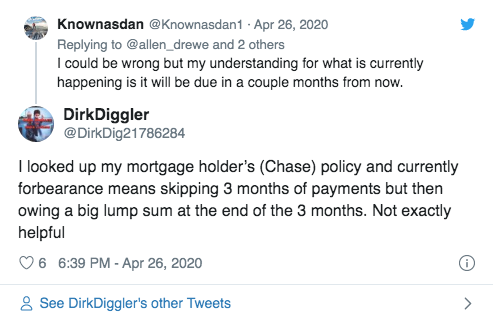 According to the latest statistics by financial data firm Black Knight, nearly 3.5 million mortgages are now in forbearance, amounting to about 6.5% of all American home loans.

The clarification that lump sum repayments are only one option for borrowers in forbearance might spur more mortgage holders to seek help, after some had expressed that they would try to keep their monthly obligations rather than cover four months’ worth of mortgage payments at once.